One of rock’s most enduring and favorite female singer-songwriters will headline the evening concert at this summer’s Okoboji Blue Water Festival on Saturday, August 13. Melissa Etheridge – the artist with the raspy, smoky voice who has remained one of America’s favorite performers – will continue the festival’s reputation for drawing name acts to the concert stage. “We are proud to bring Melissa Etheridge to Okoboji to culminate our event,” said festival co-chair Greg Drees. “She has sustained a more than three-decade career of excellence.”

The festival is an all-day family event to raise public awareness of water quality issues in the Iowa Great Lakes. The concert brings completion to the day’s activities. Etheridge will perform with her band on the new stage in Preservation Plaza at the Arnolds Park Amusement Park. “The concert is our way of wrapping up the day of water quality education,” said festival co-chair Julie Peterson.

Etheridge is an artist of conviction and the author of confessional lyrics, reflecting on her experiences as a breast cancer survivor and the architect of the Melissa Etheridge Foundation, which dedicates monies for research into opioid addiction.

Etheridge’s early career blossomed quickly with the release of her self-titled first album in 1988. She accomplished memorable songwriting achievements, such as “Ain’t it Heavy,” which won her a Grammy Award in 1992. The following year, she won artistic and commercial critical acclaim with her fourth album, “Yes I Am.” That collection included “Come to My Window,” the searing song of longing that won her a second Grammy for Best Female Rock Performance.

Etheridge’s career remained vibrantly relevant into the next millennium, and in 2007 she won the “Best Song” category at the Academy Awards for “I Need to Wake Up,” written for a noted documentary on global warming, An Inconvenient Truth.

Three more albums, “This is M.E.” in 2014, “Memphis Rock & Soul” in 2016 and “The Medicine Show” in 2019, her 15th studio recording, solidified Etheridge’s standing in the industry as a steadfast and creative artist. Never one to sit on her laurels, Etheridge release “One Way Out” in 2021, a collection of songs she wrote in the 80’s and 90’s that never made the cut. But they have now, and Etheridge fans can take a journey back in time to get a glimpse of her past.

The Okoboji Blue Water Festival welcomes Melissa Etheridge to the concert stage on August 13, 2022. Music lovers of all ages are invited to this free event to showcase one of rock’s best-loved performers.

FREE All Ages Show The Pork Tornadoes, Iowa's most popular party band, returns to Okoboji to play a free outdoor

FREE All Ages Show
The Pork Tornadoes,
Iowa’s most popular party band, returns to Okoboji to play a free outdoor show in Preservation Plaza right next to beautiful Lake Okoboji. Playing all your favorite pop/rock hits from the 1980s-today, and specializing in girl pop songs. No schtick, no gimmick, just party. Lead by singer Mason Greve, who is known as “The Justin Timberlake of the Midwest,” and was a finalist on a Not-To-Be-Mentioned National singing tv show in 2014, The Pork Tornadoes will blow you away with an eclectic mix of covers from Taylor Swift, Katy Perry, Justin Timberlake and Beyonce, all the way to Kings of Leon, The Killers, Coolio, and Third Eye Blind.
With over 6 million views on Youtube/Facebook and more than 50,000 social media fans worldwide, you won’t want to miss this show. Come see what all the fuss is about.

Sponsored by The Kind World Foundation, The Lakes News Shopper

Church of Cash And Casey Muessigmann

Whether you are an ‘ol timer that grew up listening to Mr. Cash in your tractor or a young soldier driving your tank across the deserts of the Middle East

Whether you are an ‘ol timer that grew up listening to Mr. Cash in your tractor or a young soldier driving your tank across the deserts of the Middle East with the Man in Black in your headphones, the Church of Cash will bring his music, with style and energy to fans everywhere.

What the Church of Cash has that no one else can match is their loyalty to the song and the message that Johnny left to all of us. The band merely keeps this word alive with a youthful spirit that has entertained audiences completely.

FREE All Ages Show THE ULTIMATE SIX PACK OF ROCK Featuring the hits of Bon Jovi, Boston, Journey, Styx, REO Speedwagon, AND NOW ADDED Def Leppard. Be a part of this

THE ULTIMATE SIX PACK OF ROCK Featuring the hits of Bon Jovi, Boston, Journey, Styx, REO Speedwagon, AND NOW ADDED Def Leppard. Be a part of this epic night of rock as Arch Allies recreates the concert look, sound, and feel of these high-demand bands.

Founded in 2008, ARCH ALLIES has become the most popular Tribute Show in the nation. Bandleader, Kevin Todd, has assembled a group of the best musicians from across the country and chosen an amazing dynamic frontman to emulate the instrumental and vocal styles of the music of Styx, Journey, R.E.O. Speedwagon, Boston, and Bon Jovi. This authentic trip down Memory Lane always delivers an exciting show and has performed from Florida to Canada – from Mexico to Montana.

Sign up today for our Live at the Lake Concert Newsletter

Manage Cookie Consent
To provide the best experiences, we use technologies like cookies to store and/or access device information. Consenting to these technologies will allow us to process data such as browsing behavior or unique IDs on this site. Not consenting or withdrawing consent, may adversely affect certain features and functions.
Manage options Manage services Manage vendors Read more about these purposes
View preferences
{title} {title} {title} 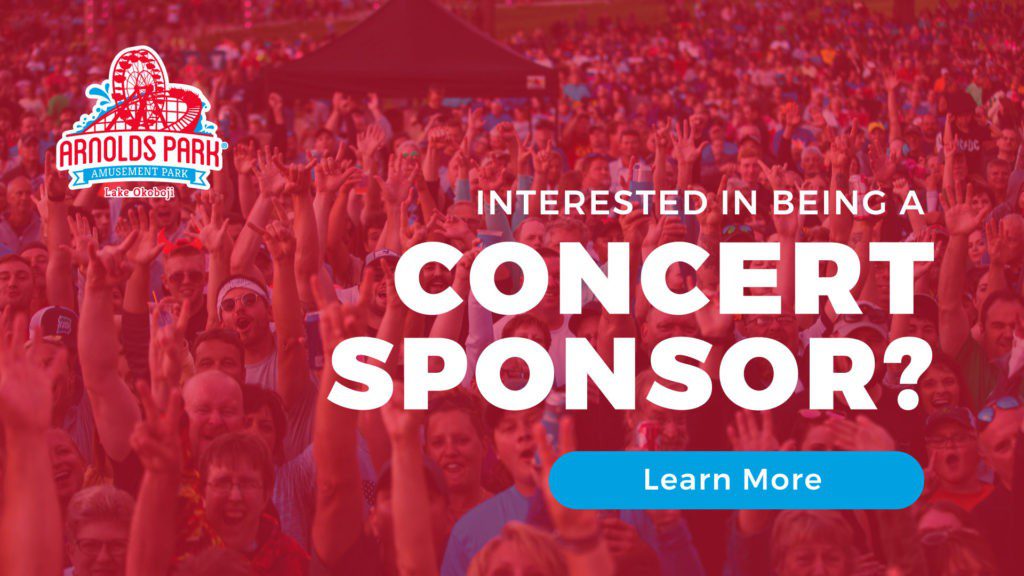